The project project engages and mobilize people to take control of the HIV and Tuberculosis epidemics. The project supports people infected with TB to get cured as well as supporting simultaneously, all infected with HIV to be able to live a normal decent life through adherence to treatment. 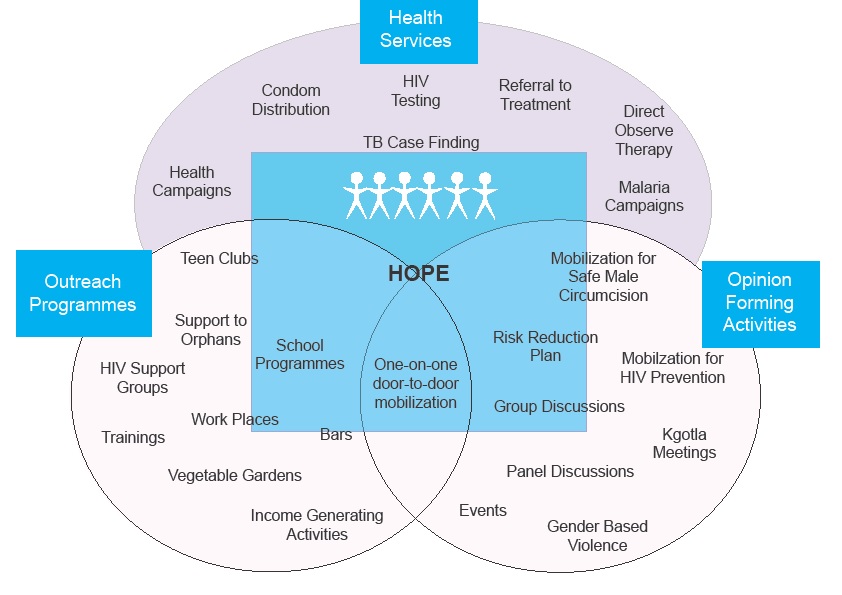 The CATCH (Communities Acting Together to Control HIV) program was piloted in 2015- 2016 in South East covering the 5 villages of South East districts. Due to its success it expanded in 2017 to cover Jwaneng township. The CATCH model is now regarded as a National response to HIV and has been taken by the Government through National Aids and Health Program Agency (NAHPA) and the districts. In 2019, the CATCH model expanded to include the fight against diabetes-covering Gaborone and Ramotswa in South East district.

The main activities of the project for 2020 are to mobilize the community, through household consultation to action against HIV and AIDS and non-communicable diseases like Diabetes.