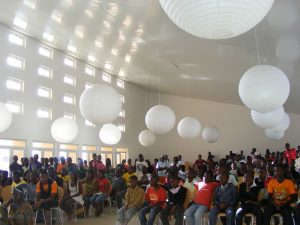 The project supports the training of altogether 4,000 primary school teachers at the ADPP Teacher Training Colleges and provides each with intensive courses on nutrition and healthy eating habits. In order to ensure that the schools have the necessary facilities to prepare the daily school meals, the program also builds storerooms, kitchens, firewood saving stoves, wells, install water pumps and ensures that there are separate latrines for girls and boys at the schools.